I watched the 1965 Bloody Sunday march from the comforts of my parents’ home in Corinth, Miss.

At age 11, I had no idea about the significance of that day. But 50 years later, I wasn’t watching the Jubilee celebration on television; I was there.

As a young boy, I sat and watched the events unfold on the Pettus Bridge. Those involved in the original march where there to show solidarity. They wanted the right to vote.

Viewers across American watched in horror at the treatment the foot soldiers experienced at the hands of law enforcement.

The Jubilee Celebration was special. Many of the original marchers were there, including John Lewis, then a young SNCC leader.

This was my first time of attending the annual celebration. Among the speakers for the weekend celebration was President Barack Obama, Rev. Jesse Jackson and Rev. Al Sharpton.

I was impressed by the large scale of security during the weekend activities. The first event was a display of force by state troopers. I saw the same branch perform acts to protect the participants and transport celebrities to and from events.

I talked with many who were part of the march in 1965. They were older but no less committed to the cause for justice and equality for all. I met marchers from far and near who came to march following Dr. King’s call for supporters to join the march. It was a blessing to hear their stories.

A marcher from New York, John, brought his family to the event and shared about his experience of being beaten during the march and Dr. King talking to him to ensure those who marched to remain nonviolent.

They were brave marchers who risked their lives to support a cause for the good of all humanity.

Selma where it all took place and shaped the history of this country.

Selma has given the world so much but has not been the beneficiary of those blessings it gave to the world. Selma still struggles with poverty and adequate housing that meet the modern standard of living. There are still homes without modern indoor water services. Jesse Jackson stressed that’s it’s time for the world to bless Selma in his address.

I was blessed to share in the event and remember what great sacrifices were made by so many. I hope the day will come when Selma will receive the blessing it deserves for giving the world so much.

I remember seeing and meeting many who came to remember Bloody Sunday and hope that we never travel that path again of American history. Georgia native Ben Edfeldt is the new director of collegiate and student ministries for the Alabama Baptist State Board of Missions. He was elected by 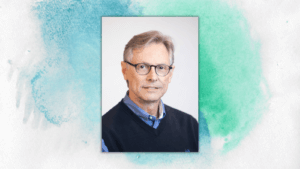 Steve Thompson To Retire After 36 Years In Baptist Campus Ministry

Steve Thompson said it wasn’t his plan to go into college ministry — it was a fluke. As a student at Mobile College (now the University